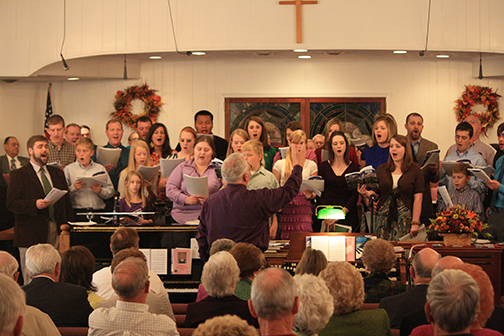 Southern Gospel singers that call West Georgia home are also influenced by the convention songbooks that regional music publishers so heavily promoted in the early part of the 20th century as well as by the many gospel quartets that were traveling the country during that time.  They use the same seven-shape system of notation and often utilize the exact same books used by the United Shape Note Singers.  However, their translation of the material found within those books is often quite different.  Gospel singers mainly use the notes to learn music in their singing schools, and they often add instrumental accompaniment to their music.