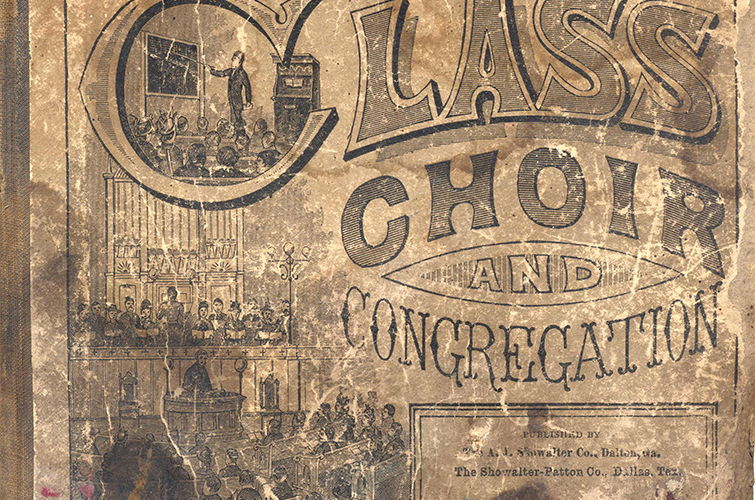 A.J. Showalter, a native of Cherry Grove, Virginia, was from the same musical family as Joseph Funk and Aldine Kieffer and began his career as a singing school teacher. He published several songbooks through the Ruebush-Kieffer company before being sent to Dalton, Georgia for the purpose of starting a branch office of the company. However, upon arrival, he set up his own music publishing company, which would go on to produce hundreds of songbooks and promote them through a monthly music magazine called the “Music Teacher and Home Magazine.” This magazine connected the A.J. Showalter Company to the people of the region and beyond, offering them reports on singing schools, the latest hymn collections and general interest stories, but most importantly, it would sell songbooks for the company.

Some of Showalter’s early books took the traditional, oblong shape, but most took a ‘tall’ shape – roughly five inches wide by eight inches tall, which condensed the dispersed harmony of 4 staff notation possible with oblong books like the Sacred Harp into the closer harmony of 2 staffs. Showalter also offered his books in round- and shape-notes, but the shapes proved to be overwhelmingly more popular around the South, outselling the round versions by five copies to one, with a total number of sales estimated at five million.

A.J. Showalter’s Class, Choir and Congregation in an upright format.

1897 catalog for the A.J. Showalter Company

A.J. Showalter’s Class, Choir and Congregation in an oblong format.