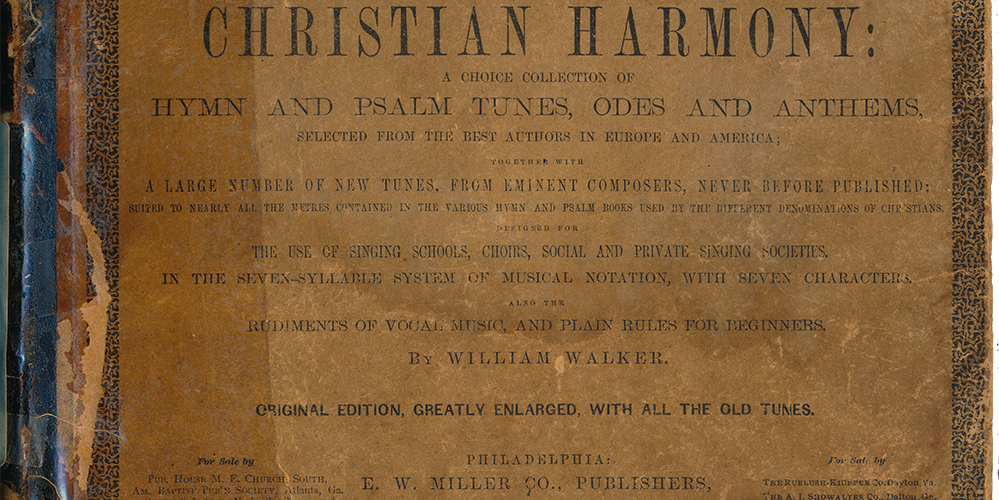 With the introduction of the Jesse Aiken’s Christian Minstrel in 1846, a seven-shape, European-influenced system of notation gained popularity in the country.  This book assigned a distinct shape to each note of the scale – doe, ray, mee, faw, sol, law, and see.  Aiken claimed that his notation was superior to the old four-shape system because it gave each note of the scale a unique sound and form. William Walker, who had published the popular four-shape songbook Southern Harmony in 1835, switched to the seven-note system with his Christian Harmony in 1867, explained his choice of the seven notes by posing the question, “Would any parents having seven children ever think of calling them by only four names?”

Shape-note singing’s spread to the South and West

In the introduction to the Temple Star, Aldine Kieffer advocated for a standard 7-shape notation system.